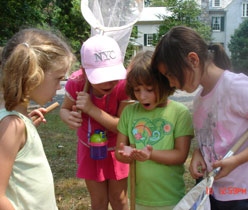 “One of the world’s largest collections of flowering crab apple trees can be found at Water Works Park. The Arie den Boer Arboretum was established in 1930 by the late Arie den Boer, a renowned horticulturist. The arboretum includes trees from many states and foreign countries, including varieties that cannot be found anywhere else in the world. The Arboretum contains more than 1,200 crab apples, with the youngest trees being planted through a donor tree program. The annual crab apple blossom usually occurs the last week of April and the first week of May, attracting thousands of visitors to Water Works Park.”