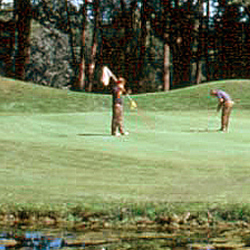 This park derived its name from a battle which took place on a nearby island on the Oswego River in the mid-1700s. In 1916 most of the land owned by F. A. Emerick was deeded to the state. Battle Island officially became a state park in 1938 when the remaining land was turned over.