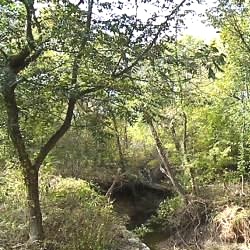 The Camp Milton Historic Preserve is located in west Jacksonville, and acquired significance during the American Civil War that lasted from April 1861 to May 1865. Three miles of earth and timber fortifications were erected along the west bank of McGirts Creek in February/March 1864, as over 8,000 troops arrived at the site to provide the first line of defense against the Union forces in Jacksonville. The camp was named in honor of John Milton (1807-1865), Florida’s governor during most of the Civil War. After a portion of the remaining earthworks was discovered in 1973, efforts began to acquire the property. The State of Florida purchased the initial tract in 1981 and later leased it to the City, which acquired additional acreage through the work of Preservation Project Jacksonville and its non-profit partners.