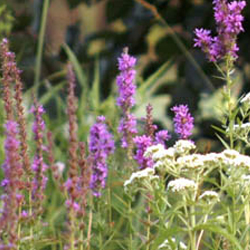 Clermont State Historic Site was the Hudson River seat of New York’s politically and socially prominent Livingston Family. Seven successive generations of the family left their imprint on the site’s architecture, room interiors, and landscape. Robert R. Livingston, Jr. was Clermont’s most notable resident. His accomplishments include: drafting the Declaration of Independence, serving as first U.S. Minister of Foreign Affairs, administering the oath of office to George Washington, negotiating the Louisiana Purchase, and developing steamboat technology with Robert Fulton. Today, Clermont appears much as it did in the early 20th century, when it was the home of the property’s last two generations: Mr. and Mrs. John Henry Livingston and their daughters, Honoria and Janet. Designated a National Historic Landmark in 1973, Clermont is also an anchor in the 1990 Hudson River National Landmark District.