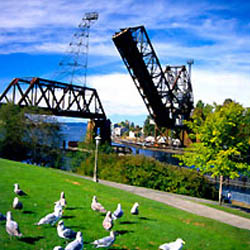 Commodore Park itself is named for the street that runs in front of it, although it is not certain whom the street was intended to honor. Most likely it was Commodore Thomas Peary, who reached the North Pole during the Seattle’s World’s Fair of 1909.