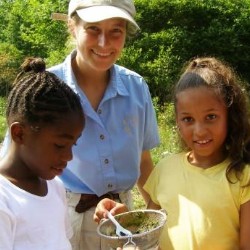 Located at the intersection of Fulton Street and Classon Avenue, Parks acquired this site in 1926. Eight years later, the Board of Aldermen designated this park Crispus Attucks Playground, making it the first Parks facility named for an African American. Parks opened this playground simultaneously with two others in Manhattan and the Bronx on Sunday, October 28, 1934, at 3:30 p.m.