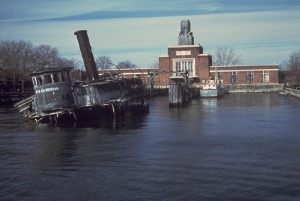 Between 1892 and 1954, approximately 12 million steerage and third class steamship passengers who entered the United States through the port of New York were legally and medically inspected at Ellis Island. Reopened on September 10, 1990 after a massive restoration, the Main Building on Ellis Island is now a museum dedicated to the history of immigration and the important role this island claimed during the mass migration of humanity in the late 19th and early 20th centuries.