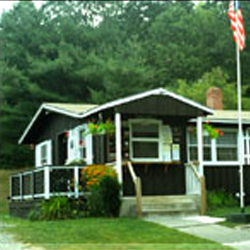 The park was named after Fort Dummer, the first permanent white settlement in Vermont. Built on the frontier in 1724, it was initially the gateway to the early settlements along the banks of the Connecticut River. Forty-three English soldiers and twelve Mohawk Indians manned the fort in 1724 and 1725. Later, the fort protected what was then a Massachusetts colony from an invasion by the French and Indians. Made of sturdy white pine timber, stacked like a log cabin, Fort Dummer served its purpose well.