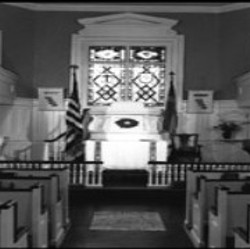 Is the oldest church in Pennsylvania. The Swedes preceded the English to this part of America, arriving here in 1646. For nearly two centuries, this church was a mission of the Church of Sweden. As Swedes were absorbed into the general American population, Gloria Dei became English speaking and was admitted into the Episcopal church in 1845. The Church is owned and maintained by its congregation and contains important historic relics and artifacts.