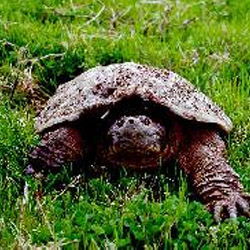 This refuge is an oasis of wildlife habitat surrounded by agriculture. Bounded on the east side by the unique loess bluffs of eastern Mississippi, this 15,572-acre refuge was named to reflect its location at the base of the bluffs. The refuge was established in 1975 and provides important stop-over and nesting habitat for over 200 species of neotropical migratory birds. The refuge is also known for large numbers of wintering waterfowl, at times exceeding 125,000 birds. Mallards, American wigeon, gadwall, northern shoveler, teal, scaup, and ring-necked ducks traveling through the Mississippi Flyway stop by Hillside National Wildlife Refuge each winter. Breeding populations of wood ducks and hooded mergansers can be found throughout the refuge. Common shorebirds include killdeer, snipe, least and pectoral sandpipers, and greater and lesser yellowlegs.