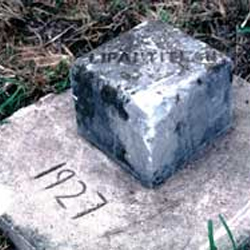 In 1842, a battalion of Texas volunteers camped in this area. In an attempt to lay claim to the territory between the Nueces River and the Rio Grande, the camp was seized by Mexican general Antonio Canales, but the Mexican forces later retreated. Around 10 years later, during the Mexican War, troops under General Zachary Taylor passed through this area on their way to the Rio Grande
Facilities: A historical marker commemorates this site. No other facilities are at this site.