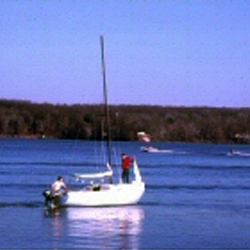 Situated on a peninsula formed by Pohick Bay on the north, Belmont Bay on the south and the Potomac River on the east. The peninsula is the site of an active heron rookery. The park also attracts several other migrating and non-migrating species of birds, including whistling swans and assorted species of duck. Bald eagles also inhabit the area. The park boasts several hundred acres of hardwood forests consisting of oaks, holly, hickory and other species of trees. In addition, several wetland areas are also found in Mason Neck.