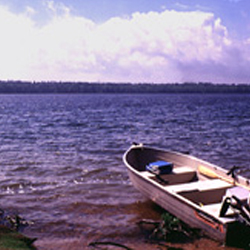 Muskallonge Lake State Park is situated between the shores of Lake Superior and Muskallonge Lake and the area is well known for its forests, lakes and streams. It was the former site of a lumbering town and an Indian encampment.