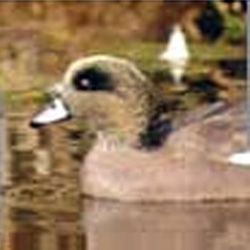 Occoquan Bay NWR was established in 1998 and is situated at the confluence of the Potomac and Occoquan Rivers. This 644 acre refuge was previously a military research site and is part of the Potomac River NWR Complex. The refuge has a unique mix of wetlands, forest, and native grasslands that provides a diversity of habitats for wide variety of species. Wetland habitats cover about 50% of the refuge and include wet meadows, bottomland hardwoods, open freshwater marsh, and tidally influenced marshes and streams. Upland meadows and mature oak-hickory-beech forest are interspersed among the wetlands. The unusual number and interspersion of habitats provides visitors a unique opportunity to view a wide variety of wildlife species and habitats in a relatively small area. Noted for its grassland nesting birds, neo-tropical migrants and raptors, the refuge also hosts wildlife common to Virginia. Over 220 species of birds, over 600 species of plants, and 65 species of butterflies have been documented on the refuge. Many of the bird species are uncommon or rare in the region. Spring and fall are great times to observe migrating Neotropical and raptors.