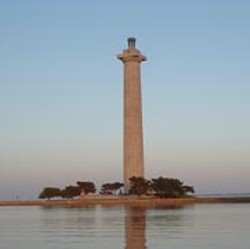 Established to honor those who fought in the Battle of Lake Erie, during the war of 1812, but in equal part it is here to celebrate the long-lasting peace between Britain, Canada and the U.S. Situated 5 miles from the longest undefended border in the world. Monument Construction began in October 1912, opened to the public on June 13 1915, and became a National Park Service Memorial in 1936.