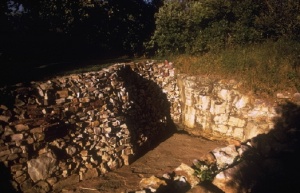 The story of this stone and the pipes made from it spans four centuries of Plains Indian life. Inseparable from the traditions that structured daily routine and honored the spirit world, pipes figured prominently in the ways of the village and in dealings between tribes. The story parallels that of a culture in transition: the evolution of the pipes influenced – and was influenced by – their makers’ association with white explorers, traders, soldiers, and settlers.