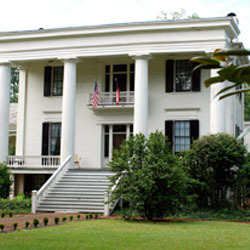 A legend in his own time, Robert Toombs was a successful planter and lawyer who led a turbulent career as state legislator, U.S. Congressman and Senator. Defend yourselves; the enemy is at your door! thundered Toombs from the Senate floor on January 24, 1860. The following year, Georgia seceded from the Union and Toombs personified the South by evolving from conservative Unionist to fire-breathing secessionist. After serving just five months as Confederate Secretary of State, he resigned to serve as brigadier general in the Army of Northern Virginia.