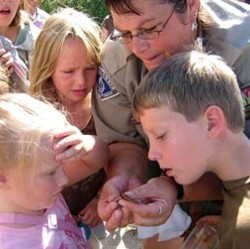 King Manor Museum and Park in Jamaica was once the home of Rufus King (1755-1827), a distinguished lawyer, statesman, and gentleman farmer. The son of a wealthy lumber merchant from Maine, King graduated from Harvard in 1777. He suspended his law studies to serve in the Revolutionary War in 1778. Two years later, King was admitted to the bar in Massachusetts. He served as a member of the Confederation Congress from 1784 to 1787, where he introduced a plan that prevented the spread of slavery into the Northwest Territories. King was a delegate to the Constitutional Convention in 1787, and made his most famous contribution to American history as a framer and signer of the Constitution.