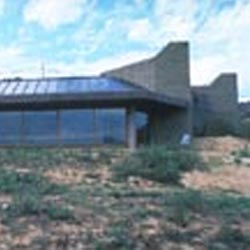 Honors the soldiers who fought in the battle between the U.S. and Californio forces on December 6, 1846 in the midst of the Mexican-American War. Generals Stephen Kearny and Andres Pico both claimed victory. The battle was only one of the military encounters in California in the war, but it proved to be the bloodiest and most controversial as to the outcome. The park has been set aside, not as a monument to war, but as a reminder of the human ideals, actions and passions that can drive nations to bloodshed.