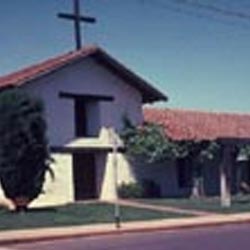 Is the site of the barracks, and General Vallejo’s home (“La Casa Grande”), set on 49 acres of land. The Sonoma Mission in the park is the last of California’s 21 missions. The mission was founded in 1823.A few years later, the Mexican government instructed Mariano Guadalupe Vallejo, commander of the San Francisco presidio, to move his troops to Sonoma and secularize the mission settlement. Vallejo directed Sonoma’s development until 1846 when a group of American settlers seized the town and imprisoned General Vallejo in the “Bear Flag Revolt.” Vallejo was released and later became a State Senator and mayor of Sonoma.