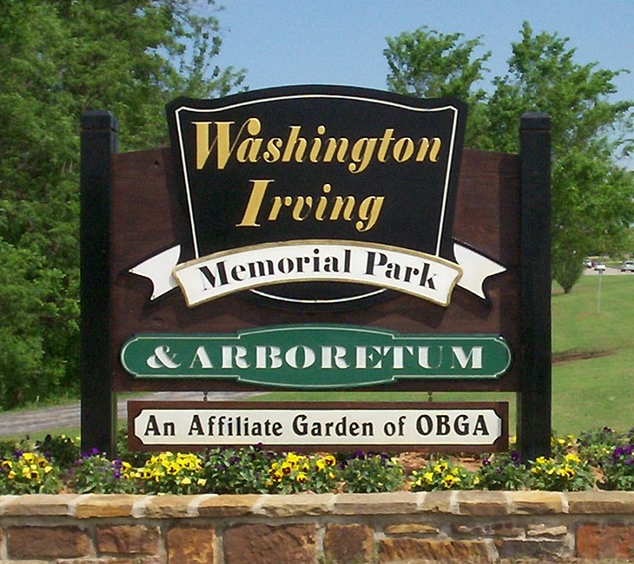 Washington Irving Memorial Park and Arboretum (32.5 acres) is a public park and arboretum located just north of the Arkansas River Bridge at 13700 S. Memorial Drive, Bixby, Oklahoma. The park is named in honor of American writer Washington Irving, who camped in the area in October 1832 while participating in a federal expedition to the American West led by Judge Henry L. Ellsworth of Connecticut. The expedition included a 31-day, 350-mile (560 km) circular tour of central Oklahoma. The park contains a wooded walking trail, the Laci Dawn Griffin Hill butterfly garden, and memorials to the children of the Alfred P. Murrah Federal Building bombing and to the September 11, 2001 attacks. It also contains a statue of Irving seated on an amphitheatre stage modeled after the facade of his home, Sunnyside in Tarrytown, New York.