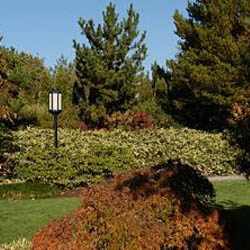 Culminating seven years of planning and work, the garden represents a joint effort of the Olympia-Yashiro Sister City Association and the City of Olympia. The garden is symbolic of the ties between Olympia and Yashiro, Japan. Dedication of the garden was May 6, 1990, following a two-year construction effort of 75 volunteers.